I am so busy recently,and it’s gonna be worse by the time for sure 😀

Sorry I need to do some priorities for my future ;), don’t worry I won’t forget you guys!

Hey, I got this email today for WP Team, look at my blog-health-o-meter! it said : WOW! I think it means great 😆 and not that bad for beginner like me, don’t you think? I wish I’ll make it even better in 2011, We’ll see!

This time, I would like to say many Thanks to NH18, theordinarytrainer.wordpress.com, and Hani, pendarbintang.wordpress.com who mentioned below as referrers (am I right?), and of course all of my friends for all supports, comments, links, ping-backs, and anything which boosted me up until now! 😀

Here, the resume of the email:

The stats helper monkeys at WordPress.com mulled over how this blog did in 2010, and here’s a high level summary of its overall blog health: 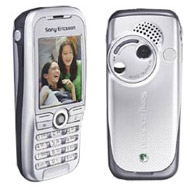 The busiest day of the year was November 30th with 183 views. The most popular post that day was Degradasi HP (Part 1).

Where did they come from?

The top referring sites in 2010 were facebook.com, WordPress Dashboard, mail.yahoo.com, theordinarytrainer.wordpress.com, and pendarbintang.wordpress.com.

These are the posts and pages that got the most views in 2010.

How about you guys?? I hope it as good as mine, even better!

This entry was posted on 2 January 2011 by Prima. It was filed under ChitChat .

PrimeEdges, This is called, a gallery of my life, provides you a padded couch to relax and drink a cup of sweet tea... Welcome!